Her faith is tested as she tries to survive the Hell her life has become.

Blessed with a good life and the perfect love, Sam couldn’t be happier. On vacation with her adoring husband, she is convinced that everything is exactly as it should be…until it’s not. One accident sets off a string of events that forces Sam to watch her life fall apart piece by piece. Loss, grief, betrayal—and the revelation of a long-kept secret have Sam questioning whether she will ever be able to find the happiness she once had. She’s broken, her heart shattered, her trust ruined, and her faith is tested as she tries to survive the Hell her life has become. Now Sam needs to decide if she’s brave enough to move on, or if she’ll never again find a love worth living for.

Chris would never forget the second his heart was stolen from him. It had been one of the most incredible moments in his life. He was only twenty-three years old and fresh out of college, so it wasn’t as if he had too many chances to have incredible moments. He was always too busy. He could honestly say that no matter what else happened in his life and however long God would allow him to be around, that moment would forever be in the top three of everything.

It was a gorgeous spring afternoon in 2014. He had just finished with an intense workout at the gym and was exhausted. He walked across the street with a cool drink from the convenience store and sat on a bench to relax. The park was moderately filled with other like-minded people; some were alone while others were walking their dogs and enjoying the coolness of the day.

He could see a band setting up their instruments on stage, obviously getting ready for another free concert that Torrington held for the public. Chris looked around lazily and took in the sights as cars cruised up and down Main Street. Some drivers blared rock music while others pushed speakers to their limits with heavy bass songs or hillbilly country rock. In between the waves of tunes, occasionally he could hear a bird nearby and children laughing as they ran through the grass.

The first time he heard her laugh it was the only music he cared about that afternoon. Once his ears were tickled by the sound, it drowned out all the others. The world stopped for a moment when she stepped from around a tree and began walking his direction.

She wasn’t walking toward him because she saw him sitting there or was in any way interested. She hadn’t even seen him at all, at least not at first. She was simply with a friend, having a conversation and laughing. Oh, how beautiful she was. The drink in his hand was all but forgotten. Surprisingly, he didn’t drop it and make a mess.

She was slightly petite with shoulder length dark brown hair and a face speckled with perfectly placed freckles. Her smile had surely been painted on by God and her eyes sparkled like real diamonds. He knew that sounded like a fairytale, or was just too good to be true. Whatever someone else thought didn’t matter; that was exactly what his heart was telling him, and it never once faltered.

She and her friend were approaching him and were only a mere few feet away when she lifted her gaze to his. When that small miracle happened she smiled. For him. At least that’s what he wanted to believe. Later when he thought back, he was sure he looked like a teenager with his heart on his sleeve, staring at her with googly eyes and unaware of anything else at the time. As they passed she giggled and looked back at him, but kept walking.

Did he get up and walk after her? Did he try to talk? No, he was ashamed to admit. He was enthralled and terrified at the same time. He believed if he had tried talking to her right at that moment, his tongue would have tripped over itself or somehow twisted. He would have looked like a fool. What he did was sit there, letting his heart calm to a steadier beat, and promised himself that if he ever had the privilege of seeing her again he wouldn’t pass on the opportunity to make a fool of himself. He realized he would have done anything for her. Anything at all.
Read more »
Posted by Mzz Dunning Reads at 12:00 AM 1 comment:

Why can't we be friends?

Articulate Communication Publications, SLLC is in need of new friends. 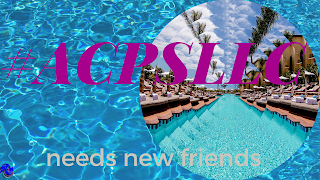 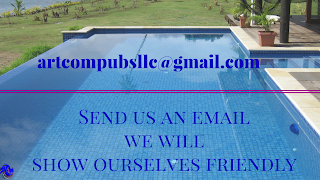 We find there are many venues to interact with people all over the world.

Although we are not on all of them we are on these and enjoy knowing what is going on in the publishing world. Independent authors keep busy, they always have a WIP tucked away. When they share their masterpieces it amazing. How do we know, we read many books most of them take you to a place in time that only that one person can share. 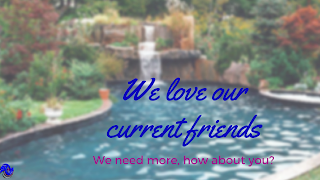 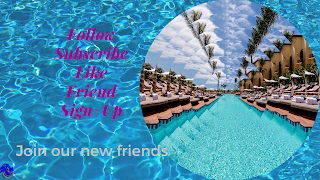 What are you sharing on social media?

Keep up with what we are sharing. 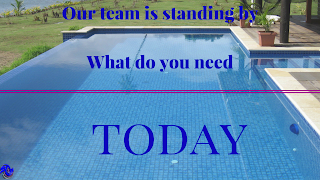 
Support our campaign, it is important we stick together

Why can’t we be friends

DayCause
You can support this one too!!!

Posted by Mzz Dunning Reads at 12:00 AM No comments: